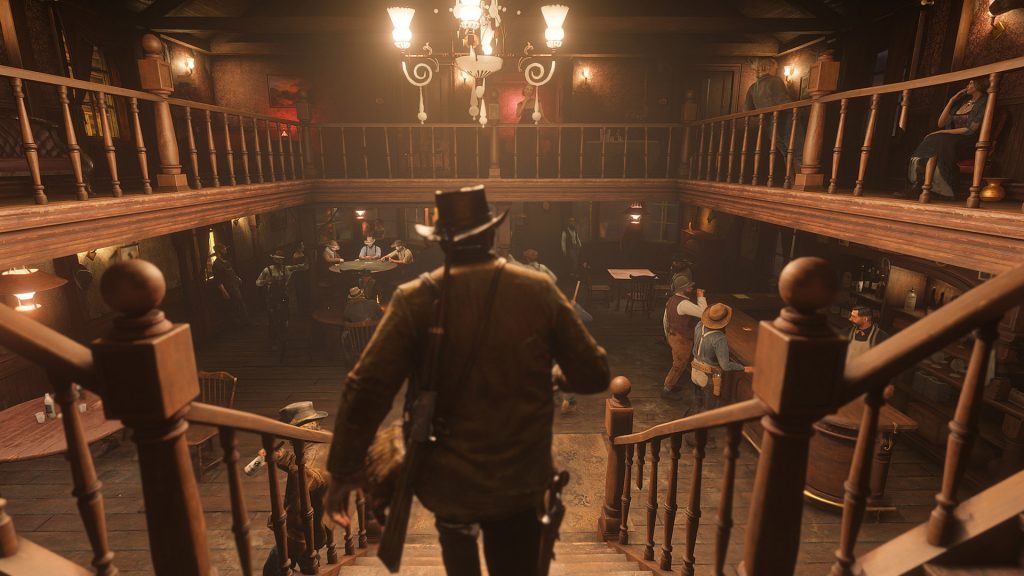 There is every chance in the world that Red Dead Redemption 2 will consume hundreds of hours of our lives as we hunt across the Wild West fulfilling our inner cowboy fantasies – and that’s just the singleplayer! Arriving one month after the official release is a beta of the multiplayer portion, Red Dead Online. Though Rockstar has been unsurprisingly tight-lipped about this, there are a few assumptions and educated guesses we can make about how Red Dead Redemption 2’s multiplayer will work.

The first thing prospective players will likely want to know is when exactly is Red Dead Online launching, and for that Rockstar has no firm details. What Rockstar has been able to share though is the beta details of Red Dead Online. Following the tumultuous launch of Grand Theft Auto Online, it’s to be expected that Rockstar want to make sure their mighty steed is in good shape before the online portion is completely unlocked.

November of 2018 is when players will be able to jump into the Red Dead Online beta and test out everything on offer. Gaining entry to this beta is as simple as owning a copy of Red Dead Redemption 2 on Xbox One or PlayStation 4.

Evolution of the Cowboy

According to the official statement from Rockstar, Red Dead Online will be an evolution of the classic multiplayer experience in the original Red Dead Redemption. For those who may have forgotten what was involved in the 2010 classic, it was a rather standard affair that pales in comparison to what has been achieved in GTA Online. The online mode offered free-for-all gameplay along with team-based activities, and included iconic death matches, attack and defense modes, and even zombie modes.

Rockstar made huge progress with GTA Online when compared to the original Red Dead Redemption, so it’s safe to assume the bar will be raised further with Red Dead Online. Players will likely be able to engage in activities similar to the world of GTA, just with a Wild West spin. We’re thinking train heists, bank robberies, hunting down other players, with all of this being wrapped up in a huge open world full of possibilities.

Because there’s a clear lack of technology in the Wild West, it’s going to be interesting to see how Rockstar chooses to allow players to make purchases. Will players have to walk down to a local store? Will they be able to purchase their own rooms or properties? And what of receiving new missions from NPCs, perhaps telegrams will be used or simply traded at campsites? No matter how we receive our next mission in Red Dead Online, we’re just excited by the possibilities.

In an interview with IGN, Director of Design Josh Needleman had this to say about what was achieved with the original Red Dead Redemption’s multiplayer mode and how Red Dead Online will evolve:

Red Dead Redemption 2 will take those ideas much further and combine that with everything we’ve learned in the years since then with our favorite elements from Grand Theft Auto Online about how to make really fun and complex competitive and cooperative experiences in open worlds, and how to introduce narrative elements into multiplayer.

The takeaway from this is that gone are the days of simply playing multiplayer to kill your friends, now it’s all about teamwork, solving problems, and experiencing a story together (alright, and maybe also killing them). GTA Online introduced a rich tapestry of story to the multiplayer side of the game, allowing players to learn more about the world through cutscenes and missions that involved real characters.

It’s an exciting time to be a gamer especially with the line-up of games ahead of us leading into Christmas. Of these top-shelf titles, Red Dead Redemption 2 is leading the pack as one of the most highly anticipated releases of the decade. After the fun we’ve had in GTA Online, we cannot wait to get our hands on Red Dead Online when the beta launches in November!