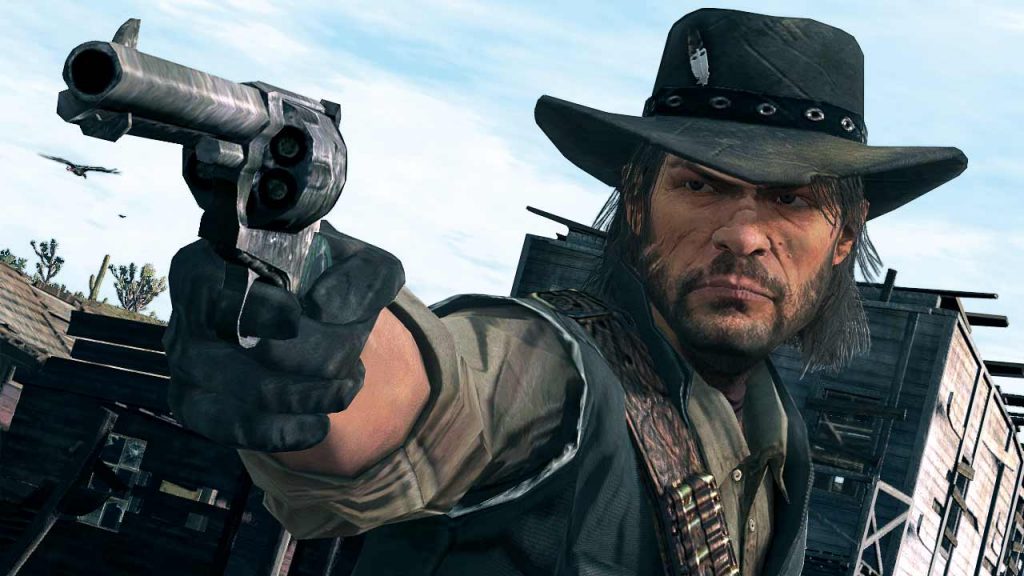 Seven years ago, gamers got their chance to re-enact their cowboy fantasies through the eyes of John Marston in Red Dead Redemption. Since then, games have come and gone, but this ode to Westerns of old remains a highpoint in Rockstar Games’ line-up of titles. And now, on the cusp of a prequel being released, what better time to look back at what made Red Dead Redemption an instant-classic.

Aside from the very first entry in the series, Red Dead Revolver, there hadn’t been this level of quality dedicated to a cowboy game. With Rockstar at the helm, and their years of experience developing the Grand Theft Auto franchise, Red Dead Redemption was sure to be mind-bogglingly huge, in both scope and scale – and it was.

The influences behind Red Dead Redemption are obvious on first appraisal, with the likes of Walker, Texas Ranger, Wyatt Earp, and Deadwood leaping to mind. The wild frontier, cowboys, Indians, outlaws, stage coaches, and more, are all indicative of a period well before our time, so having these represented in a video game was incredible.

Taking control of John Marston allowed gamers to experience both sides of the cowboy coin: the outlaw and the sheriff. That was the beauty of the character. As a reformed outlaw, Marston had his connections and his set of skills, but he also had the desire to better himself and work with the local deputies and lawmen. This gave rise to more than just excellent story potential, as Marston’s gameplay mechanics allowed him to do all manner of deeds, good or evil.

Rolling into a dusty town on the edge of the desert meant looking for the saloon where you could find work, visiting the jail to collect on a bounty, or just visit the shop to spruce up your duds. Alternatively, robbery, gambling, heavy drinking, tying up people and dragging them behind your horse, these were all fair game. It’s why Red Dead Redemption was so loved, it let you live out a cowboy experience however you please.

Rockstar took what they had learned from Grand Theft Auto IV and applied it to Red Dead Redemption. Instead of a linear storyline with some quests, they developed a living and breathing world and filled it with things to do. It didn’t tell you what you had to do, it simply provided a sandbox where you could experience North America like never before.

Though it was set in a fictional county, the environment nailed everything about the wild west. The arid desert, the lush prairies, the cold mountains and their pines, even the rapids dividing North America from Mexico all looked and felt as if they were lifted from the 1910s.

What’s more is that the audio, not only the visuals, sold the entire Red Dead Redemption experience. The gentle rattle of spurs as you walked down the street, the wind rustling through brush on the plains, it all built up this rustic experience. The soundtrack lifted this further with its unique take on each location. The first time you cross the border into Mexico, you were greeted with a song that perfectly matched that moment in Marston’s life, where big things were happening and changes were coming. We remember that moment especially vividly, listening through our XP510 gaming headset for Xbox 360 (those were the days!)

These emotional journeys were dotted all throughout Red Dead Redemption. Your entry into Armadillo, your arrival at Blackwater, and even as the credits rolled was all filled with music that could bring a grown cowboy to his knees in tears.

The story of John Marston’s struggle to return to his family was just so pure, despite being full of wrong doing. By the end of the game, we were all so emotionally invested in his motivation, that as we stood at the top of the mountain, with no sound but the emptiness of the world, it was almost too much to bear. We will always remember this moment, wondering whether Rockstar would let us live to see John’s family – our family – again.

If you want to get back into your cowboy boots, but don’t want to wait until 2018 for Red Dead Redemption 2, boot up your Xbox One or PlayStation 4 and pop Red Dead Redemption back into the disc tray (or play it digitally). You’ll be able to experience the beauty of this title all over again, from the gorgeous visuals to the heart-wrenching sounds. With a pair of Stealth 600s or Stealth 700s you’ll be able to truly immerse yourself in the experience, whether you’re hunting buffalo, searching for treasure, or just enjoying the old-timey tunes in the saloon.

While we wait for Red Dead Redemption 2 to come sauntering onto our consoles, you’ll find us roaming the plains of West Elizabeth, as we help Bonnie with whatever chores she needs doing. Because after all, as a reformed outlaw, we owe it to the county to help those in need.